I live close to the river, where Dalälven finally meets the sea. I look at the water that is constantly passing by, on its way to unite with the world’s oceans. The River is a painting in five parts. Exhibited at Sandvikens Konsthall 2012 and Kanaya Artmuseum, Japan 2015. Oil on canvas, 132 x 515cm. 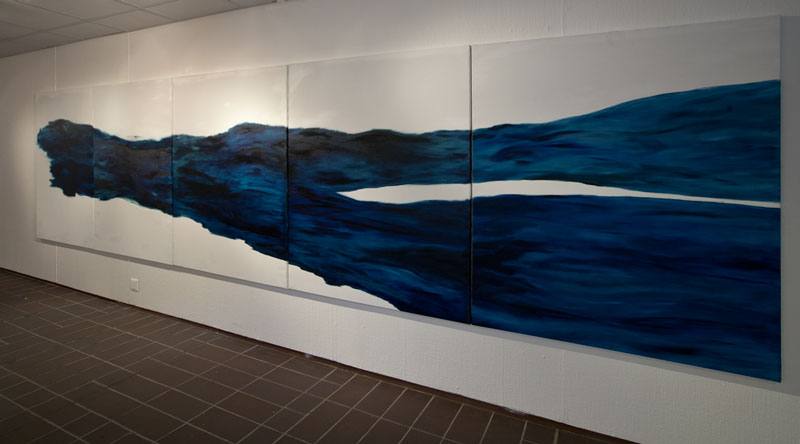 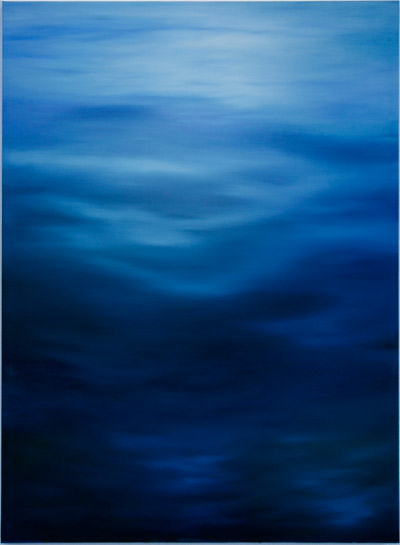 The sea, beatiful and frightening. You are standing on a jetty, deep, dark close by, light reflecting on the surface further away. There is a shadow in the water.
Exhibited: Sandvikens Konsthall 2012,  Sold to public collection, Sandvikens kommun.