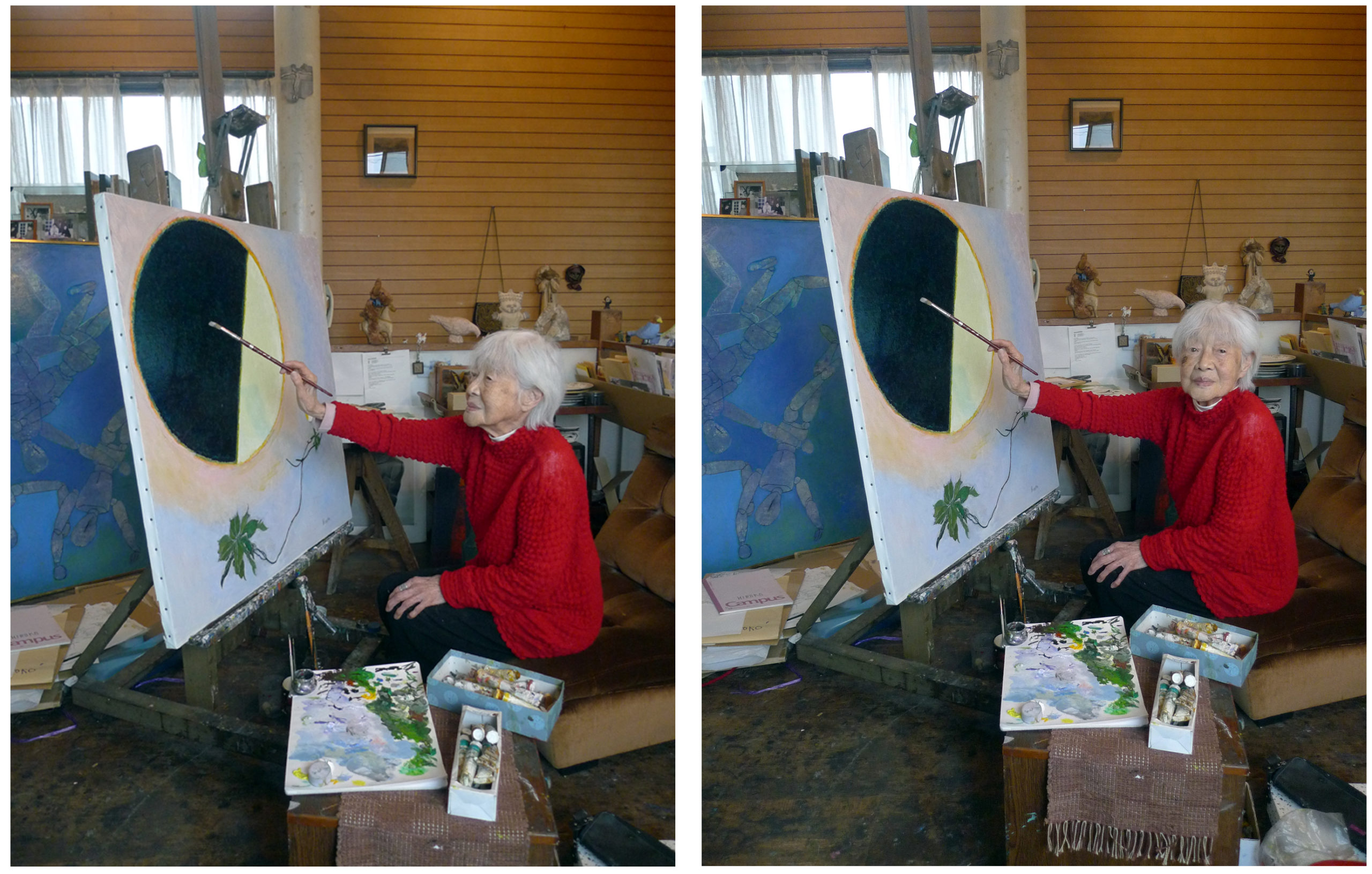 Hiroko Inoue in her studio 2021 working on the painting “The sun rises again” now on show at gallery ACCA, Tokyo

Hiroko Inoue is an artist in Yokohama, Japan. She was born in Tokyo 1918, she still works as an artist, exhibiting new works.  She says for her to draw and paint is a proof of her life. On a hot summerday 2018 the artistgruop Trinus from Sweden visited Inoue to talk about her life and art at her home.

Full text in the film:

The artist group Trinus from Uppland, Sweden visits the artist Hiroko Onoue in her house and studio in Yokohama, Japan

Hiroko is 101 years old, she was born in Tokyo 1918, she is still working as an artist exhibiting new works.

She lives with her daughter, the artist Shizuku Ono and Shizukos husband Kotaro Ono.

Hiroko was also inspired by a a catalouge her father had brought back as a souvenir from America. ”Sculpture and Mural Painting, Panama – Pacific International Exposition at San Fransisco 1915″ wich she still keeps. When Hiroko becam a teenager, she wanted to learn new painting. She studied oil painting privately from Japanese painter.

When Hiroko was 23 years old, her painting was shown at the big group exhibition Nitten and women´s group exhibition Shuyoukai.
After the second world war Hiroko became sick and could not paint but after 1968 she began to live as an artist.

Hiroko had a solo exhibition celebrating her 100 yeras old in Yamate, Yokohama, 2018 and she will exhibit new paintings in the Ueno Metropolitan Museum 2019. Hiroko has a strong will to paint and to live as an artist, she says today for her to draw and paint is a proof of her life.